Ruby Collections
Previous GuideNext Guide
How to Delete Elements from a Ruby Hash
In this lesson, you'll learn how to delete from a Ruby hash.
Guide Tasks
Video locked
This video is viewable to users with a Bottega Bootcamp license
APPLY NOWLEARN MORE
Already a Bottega Student?  Sign In

In this lesson, we'll examine how to delete items from a Ruby hash. Let's start by creating a new hash called people. It will contain the names and ages of people.

I can confirm that this is working by attempting to select a value by using this command:

Which will return the value of 27.

Deleting from a hash is similar to how you would do it from an array. Except instead of an index we'll pass the key as a symbol.

This method not only deletes that record from the hash, but also returns the value, which in this case, is the age of kristine.

Now, if you go to the hash, you can see that it has only three key-value pairs instead of the original four because one was deleted. 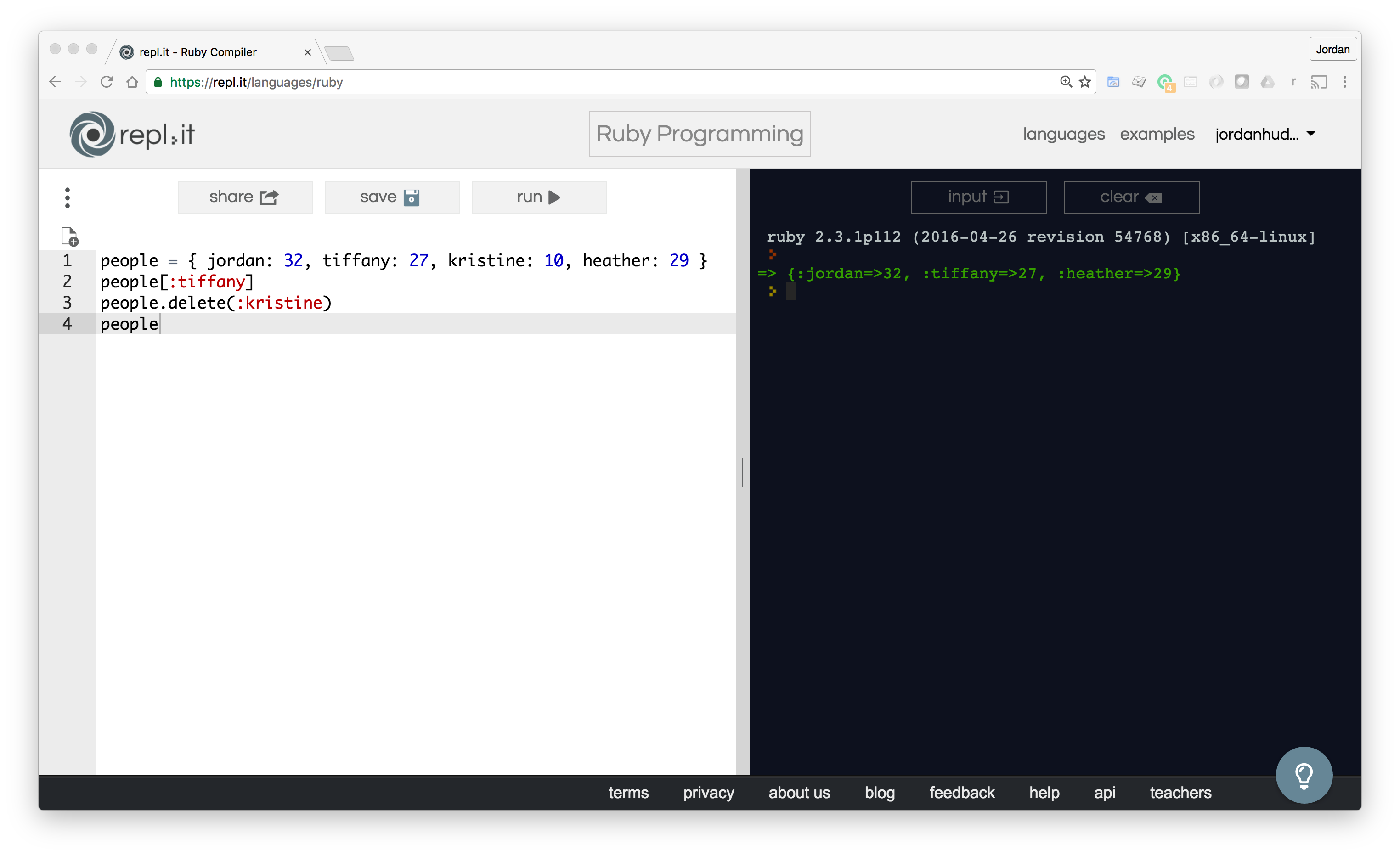 So, that's how you can delete values from a hash.