Ruby Iterators and Loops
Previous GuideNext Guide
While Loop Guide in Ruby
While loops are some of the most primitive ways of cycling through data. This lesson is all about loops, so it's sure going to be a fun one. The first loop that we'll see is the While loop.
Guide Tasks
Video locked
This video is viewable to users with a Bottega Bootcamp license
APPLY NOWLEARN MORE
Already a Bottega Student?  Sign In

We're going to start this section on loops out with one of the most primitive ways of iterating through a collection, the while loop.

While loops are rarely used in Ruby development, however they will offer a solid foundation for the other tools that we can use to work with sets of data. And if you're coming from another programming language you are most likely already familiar with while loops.

The code for a basic while loop is below:

Let's walk through the steps for building a while loop in Ruby:

If you run this code, you can see the following output: 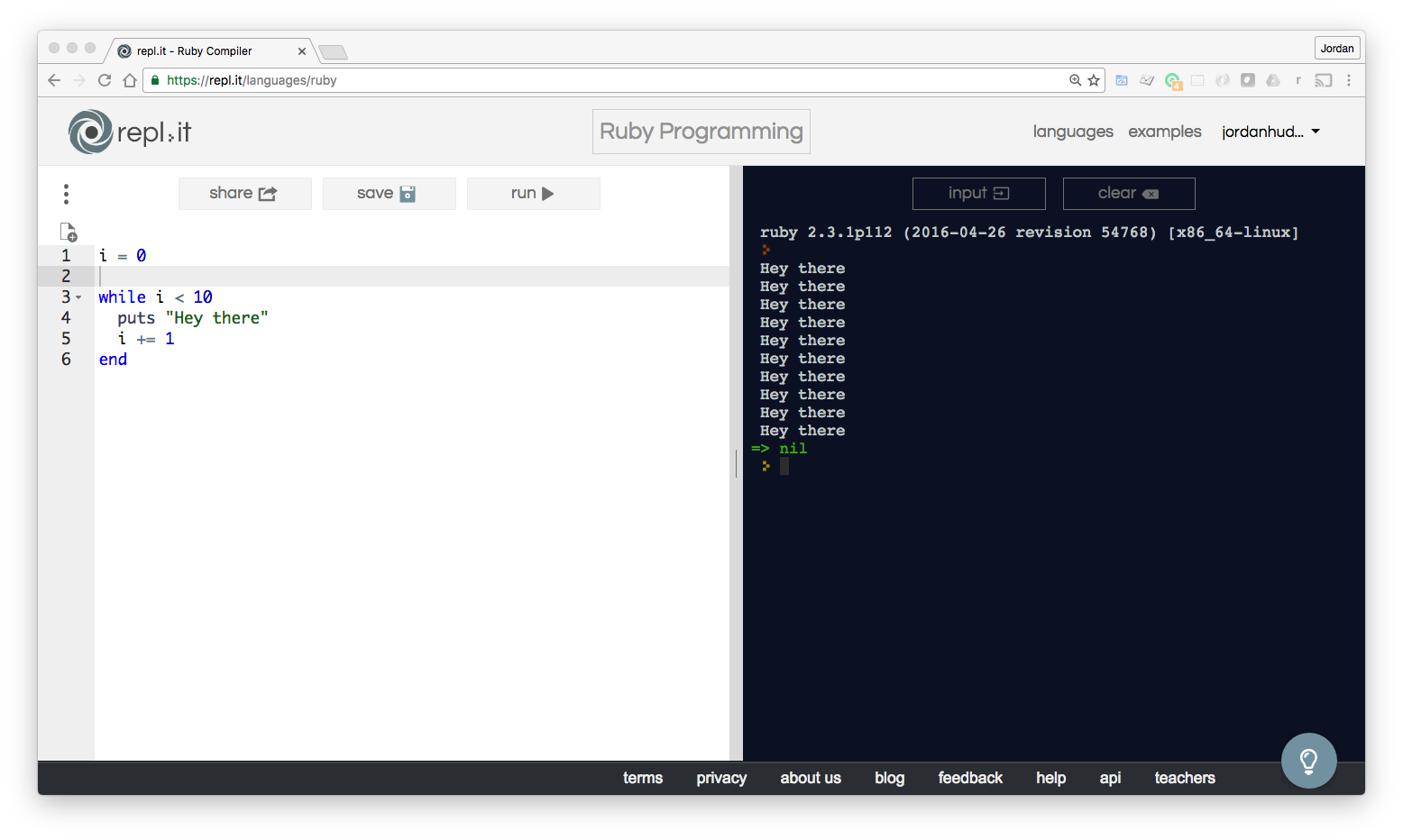 If you count, you can see it printed the string Hey there 10 times.

This output may sometimes be confusing because we asked the code to print a message when i was less than 10, so why did it print it out 10 times?

Before I explain this behavior, let's update the code slight by using the <= operator (which stands for less than or equal to): 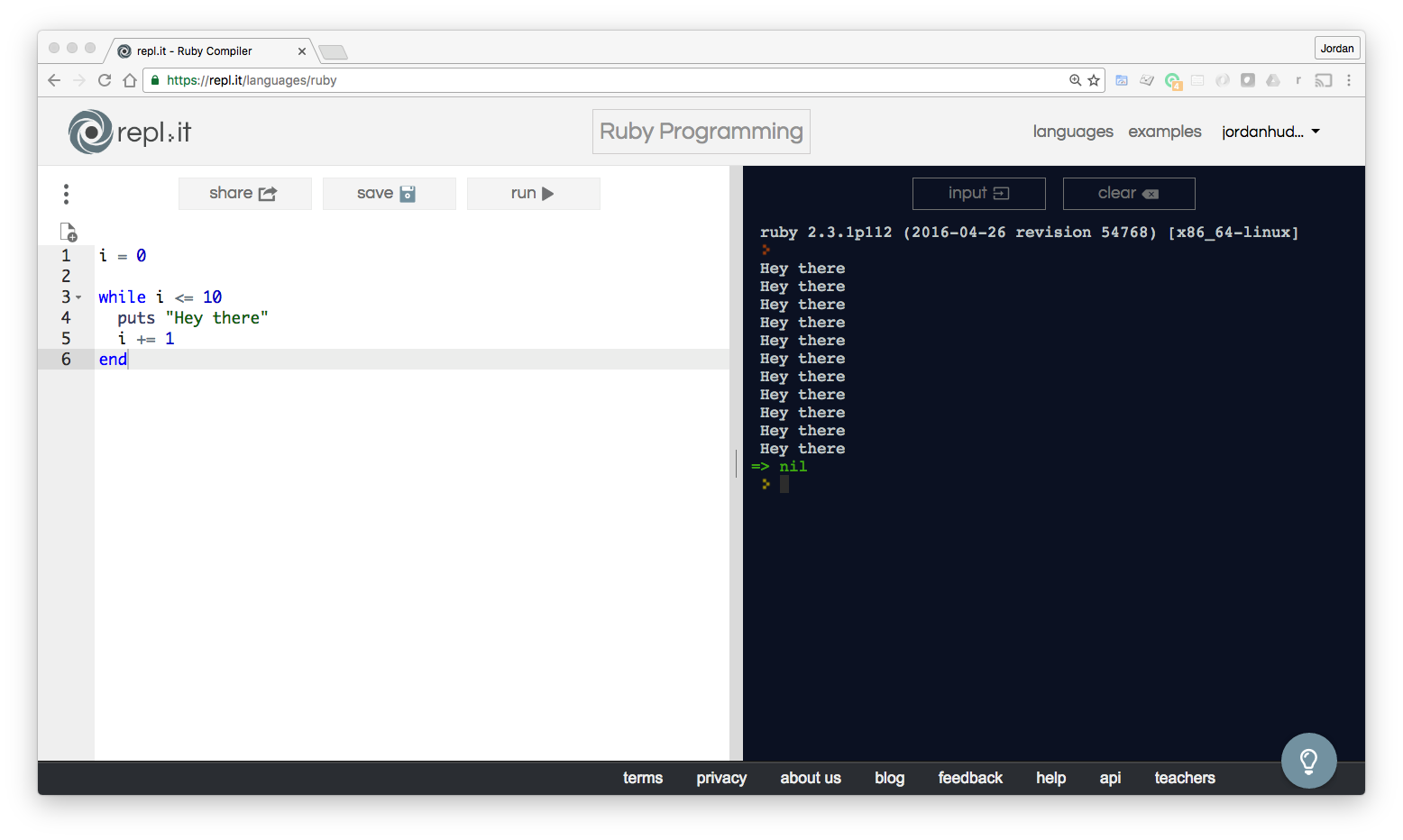 If you notice, the message was printed 11 times.

This is because the value of i started at 0. So, it ran the first time and was incremented after iterating through the loop. It's important whenever using a while loop to understand what criteria will cause it to end or you may end up with slightly different results that you wanted.

One thing to keep in mind when using while loops is to always increment the value of the loop variable. Because if you don't, the value of i will always be 0, and the loop will simply continue to run until the program crashes.

Also, if you notice, Ruby does not have an increment operator like ++, which can be found in other languages. So when you want to increment a value by one in Ruby you need to do it manually, like this:

Or you can alternatively use the shortcut syntax that I used in the while loop:

devCamp note: There is nothing special with using the i variable name. You could use any variable name that you want as long as the name matches the other parts of the program.